Formula Vee engines in the UK are based around the 1300cc air-cooled engine used in the VW Beetle. There are strict regulations around the makeup of the engine and it’s components but most of it remains standard. Below is a diagram depicting a conventional Beetle engine… the differences between this and a Formula Vee engine are that most of the ancillary bits are thrown in the bin e.g. fan housing, dynamo/alternator, heat exchanger etc etc and the Formula Vee engine tends to look a bit naked when visual comparisons are made.

The gearbox used within the UK series is also standard, using the original ratios and internals and are fairly easy to service and look after.

Although the Beetle flat four air cooled engine is simple, it is certainly effective. Out of the box the 1300 should push out approx 35 to 40HP, but after some minor work and a bigger carb expect 90 to 95HP. Although this may not sound a lot in numbers terms it is when you mate it to a car that doesn’t weigh much… 460Kg min weight in Formula Vee… and some impressive performance can be gained. 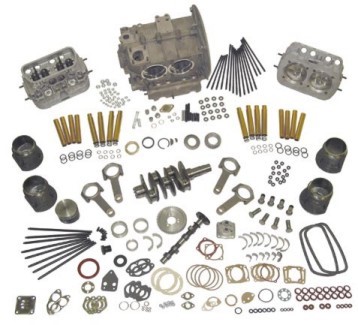 Many in Formula Vee do not build their own engines (although you can if you have the skills or inclination) but get others to do this for them. The beauty with regards to the engines are that it is basic.  If there is a problem it is normally very easy to diagnose and fix, with plenty of help available around the paddock if you are unsure.

One of the main things to do to look after the performance of your engine is to ensure that the tappets are adjusted as per your builders’ recommendations. Although this seems a daunting task for the uninitiated it is fairly easy to learn and do. Normally a competent person can do all valves within 20 mins or less. 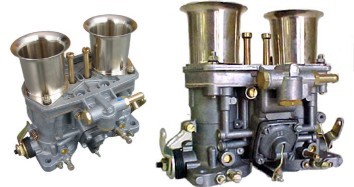 The UK spec Formula Vee championship allow the use of after-market carbs within set limits, hence the original one is discarded. The most prevalent within the formula is the Webber IDF.